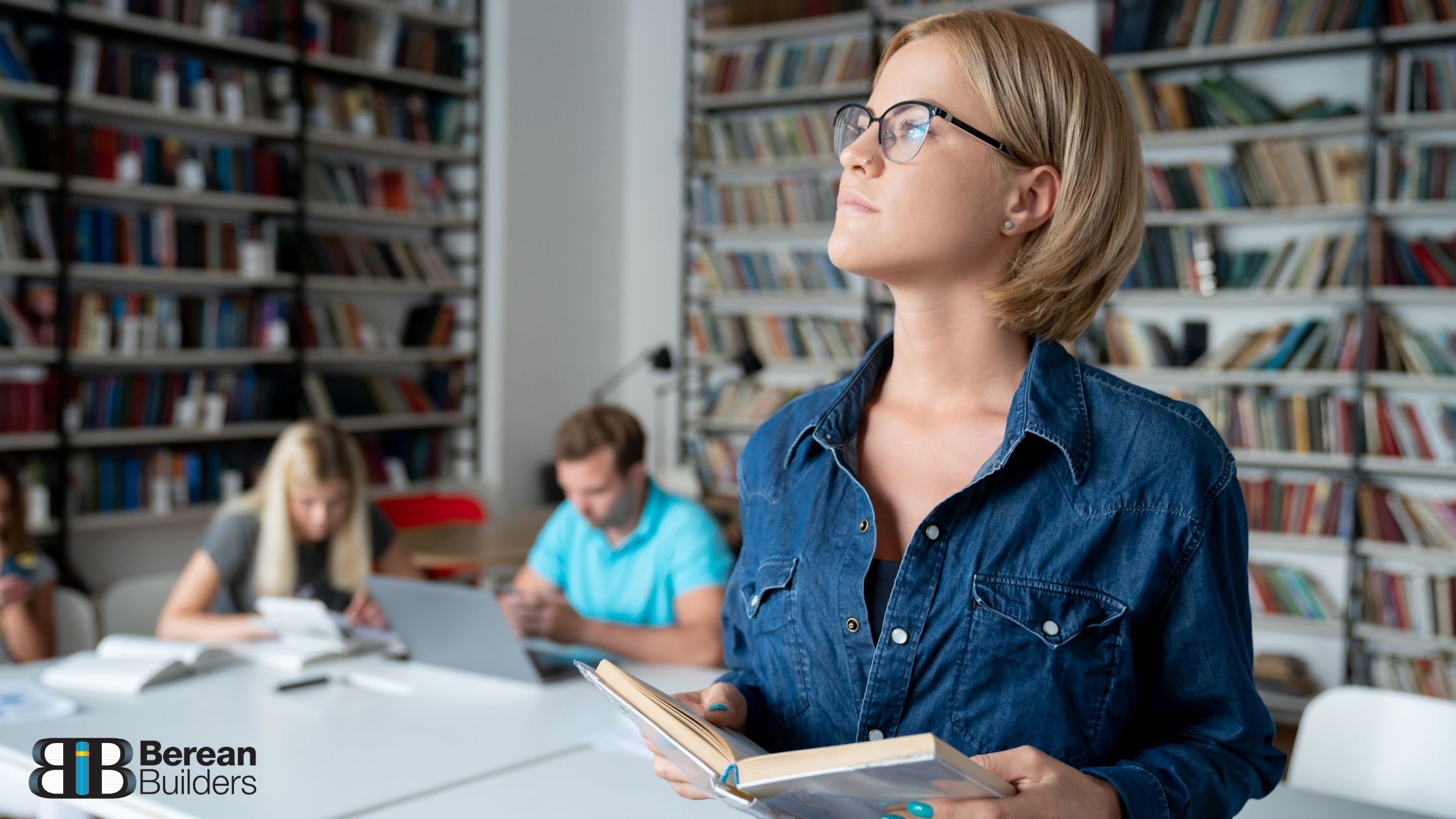 As we say on our About page:

Acts 17:11 says the Bereans received gospel information with great eagerness and examined the scriptures every day to see if what Paul said was true. We think that is exactly what education should be.

We want to help parents teach their children to become critical thinkers. We want to build continuing generations of Bereans who will seek the truth and build a life-long foundation on those guiding principles.

What Does It Mean to Build a Berean?

Diving deeper into this mission, the following explores the meaning behind being a Berean. In addition, we’ll discuss why these role models highlighted in Acts continue to demonstrate the firm desire behind our aims.

Although mentioned in Scripture, the term Berean is not recognized by the majority of homeschool families. However, the methodology is.

At the risk of using a tired term, homeschoolers who follow the Berean principle are raising critical thinkers.

And just like the Bereans of Paul’s day, these students take in information willingly.

But their differentiation arises as they are encouraged to analyze the information critically before they reach a conclusion or make a judgment on the facts as presented.

Dr. Wile has taken information he learned while pursuing his PhD and, with this same Berean research and discernment, written his thoughts and opinions in his books.

However, he doesn’t intend for his students to take what he’s presented at face value. He encourages his charges to think critically about the facts and opinions he organized.

By this action, his students become like the Bereans. As they hear the teachings and then examine both scriptures and other scientific research, students build their own library of independent thought.

In his writing, Dr. Wile offers examples of students who have looked thoughtfully and critically at a notion presented to them.

One student heard a sermon at church containing an object lesson about eagles. The story seemed inspiring and encouraged the listeners to welcome the often-difficult efforts required to change for the better.

However, the science of the story didn’t make sense to the student. He brought his questions to Dr. Wile for discussion.

In his article, Dr. Wile dissected the story, explaining the inconsistencies of the lesson with the facts of nature and biology.

The ultimate takeaway is that creative license may get in the way of the listener seeing the deeper meaning of the lesson as they try to understand the literal meaning of the tale.

In this case, Dr. Wile was pleased his student was diligent in his questioning and underscored the importance of critical thinking, not only in school lessons but also in everyday encounters with leaders and teachers.

The Question of Half-Life

A university student attending Dr. Wile’s chemistry course was introduced to the concept of half-life in radioactive decay. After listening to statistics that describe the time it takes for half the amount of a certain element to decay, the student asked a thoughtful question.

The time of decay is over 5000 years! So how can we know this to be true if we’ve not been measuring it for that long?

This critical thinking led to a lively discussion of how conventional science uses extrapolations to determine these time spans. Dr. Wile encourages his students to think for themselves and not simply accept conventional wisdom because “that’s the way it’s always been done.”

Self-Esteem vs. The Truth

Elli, a talented musician, shared a fun quiz about musical knowledge on a social media feed. She’d scored 100% and was understandably happy. When several of her non-musical friends also scored 100%, Elli became suspicious.

She ran a few tests on the quiz and found that no matter her answers, she scored 100%!

Elli then announced to her friends the results of her investigation and astutely encouraged all her friends to keep their day jobs.

While this is a humorous example, the lesson is that some official-sounding presentations are meant to raise self-esteem without actually providing accurate results.

Only critical thinking can expose these feel-good exercises. And though this is a fun example, the deeper concern is that students may be encouraged to accept certain outcomes as fact when indeed the methods for reaching those outcomes should be questioned.

How You Can Apply Berean Principles In Your Homeschool

“But examine all things; hold fast to what is good.”

Dr. Wile expands on this verse by saying students should, “Examine all things and hold to what can be shown to be good and true even if one doesn’t want to examine the information presented.”

Often, students find it easier to follow the path of least resistance and simply accept what is taught, taking what is presented at face value.

But Dr. Wile reminds homeschool parents to help their children keep an open mind when taking in new information and research for deeper understanding.

Then the students can weigh any differing opinions and base their ultimate conclusions on their personal findings.

Hold What Is True

In addition, students should hold to what is true in order to be a good Christian.

Dr. Wile mentions Robert Boyle who said in his book The Sceptical Chymist,

“He whose faith never doubted may justly doubt of his faith.”

Although Boyle pursued scientific study, he never dismissed the importance of viewing the universe from a Christian viewpoint.

This allowed him to question the conventional wisdom of the day and use science to support the claims of Christianity.

Encouraging Scientists Who Are Christian

By providing open areas of inquiry and a solid Christian foundation, you give your student the gift of free thought and examination while yet holding fast to the good they uncover.

As your student is exposed to more information, even that which does not seem to fit certain paradigms you personally hold, you set them up to better understand the ideas as presented or even to create fresh ideas of their own.

Enough information will allow your student to know what scientists know or don’t know. This sets them on the path of being capable of judging the truth for themselves, just like the Bereans.

For, as Dr. Wile mentioned, clones do not advance science. Parroting back what is presented does not allow for free thought. Tests may only offer options in black and white, yet there are so many more colors of the spectrum your students can investigate.

They can learn what data appear the most meaningful or are more well-known. Your student can then draw clearer scientific conclusions with fewer mysterious deductions.

Robert Boyle wrote, “God would not have made the universe as it is unless He intended us to understand it.”

Building Bereans takes patience and a willingness to allow your student to explore the world around them, compare contrasting viewpoints, and draw their own conclusions.

As one of Dr. Wile’s students said, “I’m still not sure where I land on the whole creation/evolution issue, but I still appreciate the information I got from your books.”

He says in one of his articles,

As we continue to build Bereans, we can see the wisdom in this.